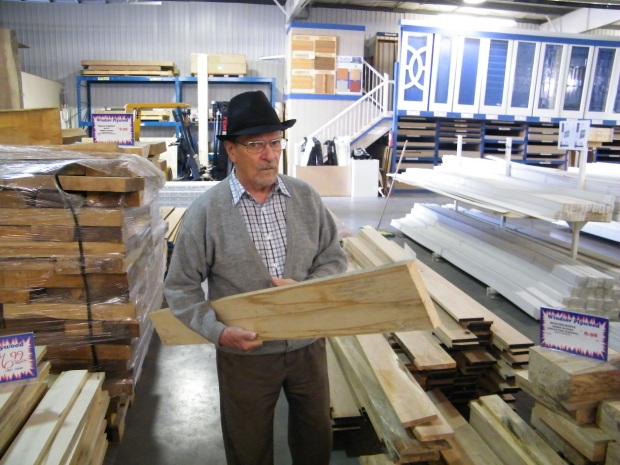 My biggest hero, my dear old Dad in a shot I took for a magazine article I wrote about him.

Well Dear Readers, many new things have occurred and many old things have come to mind.  Perhaps the biggest thing right now is that I have completed a further draft of my new Young Adult Novel, “Boy Soldier”.  It is pushing close to 100 computer pages now and is really starting to take shape.  Anyone interested I think there would be no problem sending a computer file of the book to them, I am always looking for Beta readers.

An odd thing, perhaps not a bad thing has happened to me in the past while, I have become interested once more in comic books and graphic novels, more the latter than the former.  It all began when my good friend Richard Van Camp gave me a GI Joe graphic Novel and I grudgingly read it.  It took me a while to compete it, but when I did, I found that it was actually well written and had a lot of interesting plot points, some good suspense and so on.  So I have been ‘collecting’ graphic novels now ever since.  The first time I saw one, I was appalled that my friend had spent the $15 or whatever the price was to get such a thing, it seemed like a rip-off.  When I encounter memories like this, I almost always think of an event in my life that illustrates how everything we take in is prejudiced by our previous thoughts.  The incident in question is from when I worked in a small donut shop in Edmonton for a  boss that I am still friends with, now 27 years later.  I decided I was going to see what the fuss was about and try a Bagel.  I got one from the case, tried to eat it and threw half of it away thinking to myself, “this is the worst tasting donut I have ever eaten.”  Of course, now that I know how bagels are supposed to taste, I love them and eat them at every opportunity.  But my preconceived notions back then of what a bagel ‘should’ be ruined my first experience.

I want to say a few words about my Dad today.  He is such a wonderful man, I can always call him up and talk to him.  He has really saved my arse a few times.  Once I was stuck out way west of Edmonton at a sawmill I had been sent to and the company that took us out there left us stranded by some mistake and the only person who could call anyone was me, and my Dad was the person.  Despite his advancing age, he climbed out of bed and drove some 30 miles to come and get us.  That is just one small, tiny thing he did among a vast sea of great expressions of his love for us kids.  I feel so blessed that he did things like take a whole month off work one year when my brother, sister and I were kids and him and my mom drove us to California and all points in between.  Not to mention taking another month to bring my brother and I to Denmark for the trip of a lifetime.  I hope no one thinks less of me that I feel this way about my Dad at the ripe age of 43, but he really is my hero.  One of the amazing things about him is that he is so very literate.  He probably reads a book each day despite that he only ever got to grade 6 and even that in another language than English.  When I send him my stories he gets right to the point, pulls no punches about what is wrong with it and is almost always dead on.  Sometimes we get mad at each other, but I can just about say that despite any hard feelings over my past he is pretty much my best friend these days.  It scares me sometimes that he is in his late 70’s and won’t be around forever.  Many of you may know that I lost my mother some time ago and I am just now after more than 6 years of grief coming to terms with it.  Basically though all I wanted to say is if you have a parent or two parents and they are getting on in years, pick up the phone, make a time to visit them and give them a hug like you never want to let them go.

All that aside, as far as mental health goes for today, I think I went through a pretty serious manic phase on Friday.  I had stayed up all night reading a friend’s new book and had pumped myself full of coffee.  I stayed up until it was time to go to the discussion panel that marked the beginning of my new job, and when I got home I had a great deal of trouble even just sitting still, much less sleeping after a long day.  (I almost forgot-I also went over to visit my Dad and have supper with him after all that).  My solution was to take some pills for a genuine back pain and add that with a melatonin pill and my ‘take as needed’ tranquilizer pill.  I must have been riding high because all that didn’t even make me sleep close to 8 hours.  I have been talking about and considering going onto a newer pill for my Bipolar Disorder, but either way I have to get in to see my Doctor about these goings on.  I really can’t take any chances at getting mentally ill again.  For those of you who aren’t too familiar with my own particular case of Bipolar, I gravitate towards the depressive end of the spectrum, but on rare occasions I get very high or ‘manic’ and become so delusional and erratic that I destroy just about my whole life.  I think I am fairly safe right now, but I don’t want to keep relying on tranquilizer pills to bring me down from a high mood.  They leave me sluggish and unable to work quite often and I am sure they are addictive.  Lately I was using them mostly as a sleep aid on occasion but the other day I really needed the pill to bring me down from that high.  As far as not drinking coffee, I have to take that into serious consideration.  I have heard this new medication I want to try leaves a person with more energy, which would be so awesome.  The one I am on kind of dopes a person up.  Somehow though, while on the medication I managed to score 150 on an IQ test.  I wonder if I could get a higher score unimpaired by the drug (depekane).

Being in recovery from a mental illness is a strange thing.  It is something that you have to literally take years to go through.  Right at this moment the one thing that seems to be helping me the most is a support group I have found within the Schizophrenia Society.  I have been diagnosed as a schizophrenic before, but my current diagnosis is Bipolar.  Still, it feels so good to go to these groups and talk about medications and difficulties and open up.  I am already really looking forward to the upcoming group meeting this Tuesday.  Tomorrow I am meeting a friend of my brothers who is writing a book about himself.  I had known him for a long time as a very nice guy who was the type to do anything for his friends who I trusted as completely as any of my family members.  I had a cursory look at his book and it really blew me away, he talked in it about topics I had no clue he had gone through like child abuse and a reputation as a fighter and on and on.  I even suspect he may have had some mental health issues but that remains to be seen.  In the long and short of it though I basically haven’t seen anything of him in 20 years and I am incredibly glad our creator put him back in my life.

Well, that’s about all the writing I have time for.  I suppose I could keep rambling, but would anyone have the time to read it?  Once again I want to put the call out for feedback.  What you like, what you don’t like, what you might like me to talk about.  Right now I am wavering between writing about mental health and writing about writing, but I can talk about cars (I really used to love to talk about cars!) or love or poetry or anything really, just hit the ‘reply to’ button and type away.  All the best to you Dear Readers!

Here is my Dad and his granddaughter, my beautiful niece at my Dad’s computer.