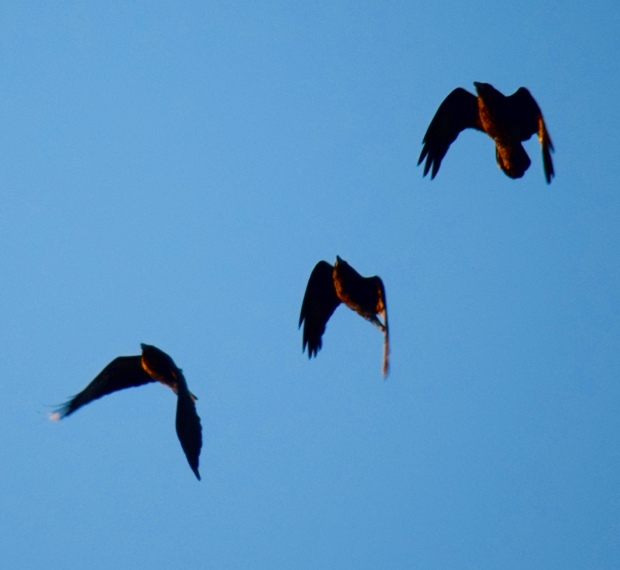 To Fly, To Dream, To Escape to Another World Supported by Air, Fed by the Gods

I have always looked at birds with a sense of wonder. For a large part of my life I wanted to fly, to be a pilot. Actually, I wouldn’t have minded being a bird either. Imagine not having to work, to play with the air currents and the people that throw food at you. Now, being a person with a mental illness, I think of the freedom birds have, how far they go in just one season and the carefree life they lead. I’m often reminded of skating when I see birds, maybe that is why so many youths in Canada think so much about hockey–you glide around, you bond with your friends and take up alliances, your team against the world. It’s all something meant for us not to sit around and let the cold get to us, or to let anything get to us. Hockey gives a person so many things, even riches beyond belief if one is good enough. To me though, it has always been flying. I will never forget being 12 and being strapped into the cockpit of a glider in what was then Namao Air Force Base. When that glider lifted off the ground my reaction was to laugh myself sick. When I found out I couldn’t fly anymore because of my mental illness, I was devastated.

Flying was my work and my play. But there were growing problems with it. One of them was that I found myself having horrible nightmares about crashing a large jet and killing everyone on board. When I started driving, I soon learned the importance of being a safe and sober driver because of the responsibiity one carries to others. In a way I’m glad I stopped flying when I did. But if I wanted any kind of lasting mental health, I couldn’t just sit around all day and watch TV or do crossword puzzles. I may not run out of money (though I often did) but I soon ran out of people in my life. I thought that would be the idea situation: time to read, time to play video games, time to study new subjects. I couldn’t do it though, I got so bored and lonely and depressed that at times I was near suicide. I remember trying to explain my situation to a friend who lived on welfare and collected bottles for a living, he often whined about how he had no women in his life and I told him that he needed to get a life so he could have a life to talk to these women about. A very trite and simple answer, but it was the truth as best as I could lay it out for him.

I have a lot of problem with nights. For anyone who reads this at four in the morning, I would say to them that they should rest and worry about the crap I have to tell them at a regular time. I think my own night owl syndrome came from me working late and night shifts all through school, then being a security guard for a great number of years. I liked the quiet, but I hated the depressing social life. I liked reading and playing Nintendo games but I was slipping further from normalcy and reality as I went on.

There is something I am sure very few people will have the patience to read here which is good because I want to share a theory and be honest with it. It seems that you can change some of the “programming” of your subconscious mind by severely abusing your conscious mind. As a teen, I could never stop thinking about this young woman I met at summer camp. I thought about her constantly, every time I was in the city she lived in I hoped I would see her, every time I met a new girl I imagined all the qualities she had that was like this girl. Then years later I got sick and had delusional thoughts about her and my subconcious mind went on a field day, giving me all kinds of ideas that came from seeemingly nowhere, but after years of thought and self-analysis it seems they came from the pain I was putting myself through. I wasn’t very good to myself in high school, I slept little, ate poorly, worked all the time and drank whenever it was offered. All these things plus something of an obsession and I was gearing myself up to get sick. I even did things like that later in life, earlier in my time on this earth, I often did these things thinking I needed to be punished, which is possibly a side effect of my depression which was severe when I was an adolescent. I hate to philosophize though because I really have no qualifications, just a better understanding of my own thoughts now that I have explored them through thought and meditation for a long time.

It is almost time to say goodnight to this blog. I haven’t been doing much writing on this site because I am working on a new book among other projects. I want to say that if you are in pain, talk to someone. If you are skinny or fat or boring or whatever, remind yourself that you are a special human being who needs care and love and that you deserve to have good in your life. And if you feel you have a mental illness, reach out. Not just once, not just to a teacher, find someone you trust and find the help you need. Sleep enough, eat enough, and take a break when things get to be too much.