Before I begin, just wanted to remind you Dear Reader that you can download a free digital copy of my latest book, “Alert and Oriented x3: A Snapshot of a Severe Psychosis” by clicking on the tower bridge to the right 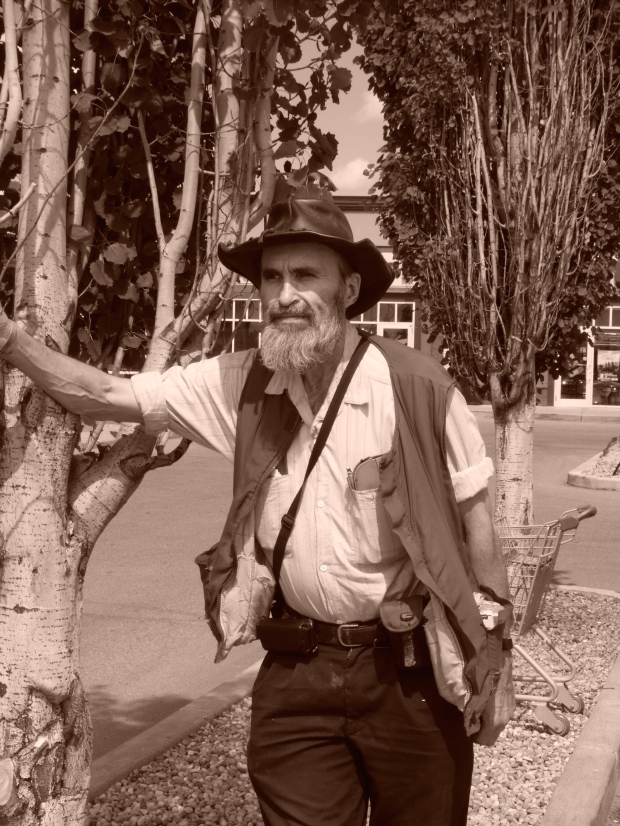 Have you ever had to wait for a bus in a sketchy part of town after dark? I live in an interesting neighbourhood and had to walk a friend to the bus and I was really surprised at how there are two types of human existence, the one that people show on the outside and the one that comes out after dark. Due to the Covid-19 virus, there were few people on the street but there were still some, and the bus wasn’t running very often so we had to sit for a while. It was kind of an interesting learning experience because my friend has some fears of people around him that perhaps are rational, perhaps have to do with his illness. He got nervous and was talking about all kinds of things, he kept doing something therapists will refer to as mind-reading, he tried to think ahead of all the other people out on the street and I was very concerned for him. This friend has just recently tried to make a decision to stop using illicit drugs and was also telling me about some of the things he had gotten himself involved in. I really wanted to step up and try and offer him some solutions, but all I could really do was stay there until the bus came and listen. One of the things that surprised me is that a guy came past and asked to bum a cigarette and my friend gave him one, then I think in a round about way he tried to ask if anyone around was selling heroin. That really opened up a can of worms for me. I don’t want to sound like I’m ranting, but I grew up in a generation that was supposed to have a war on drugs and as I have gotten older I have been learning that often even the US government was supporting drug imports in different ways to finance some of their darker operations, and I have also seen (I am not 100% sure, but as it is an American policy it may also have been a Canadian one) film where a military leader explained that they didn’t want to stop the growth of opium crops because it would harm the people they had come to help. There are many more facets to this line of thought, there is the concept that when a person buys illegal drugs the money they are spending goes to support terrorism. Now terrorism itself is an interesting word. Is it terrorism to defend your home with your very life and strap a bomb to yourself and try to get aggressive foreign agencies out of your country but not terrorism when you do something like was done in Viet Nam where agent orange was used to defoliate the countryside and it nearly destroyed the country, not to mention killed a lot of Americans. I’m not trying to side with the people that flew planes into the World Trade Center, but there seems to be a lot of shaky moral ground on both sides. I don’t blame the troops, they are there to follow orders, provide for their needs and that of their families, but when I hear the police come to the street outside my window every single night to chase off people shooting heroin in the lobby of my building, I really wish something more could be done. A lot of these people are dying in this area because they think they are getting heroin but instead are getting much more powerful opiates and they overdose. I do happen to know there is hope for even the worst addicts, though I don’t feel that safe injection sites are the most effective ways of dealing with this issue. I have known people who were addicted to heroin and got off of it by going into a methadone program. There are even countries where serious addicts get a visit from a nurse once a day who gives them a very low dose of heroin, not enough to make them high, but enough to make their desperation and cravings go away and they are able to function, experience a huge difference in quality of life and their families often even start to trust and accept them again.

I feel kind of happy right now because we had our first warm Spring day. I decided I was going to take a ten-mile walk to a mall in the far north end of Edmonton and it was glorious. Wanting to proceed with caution, I used a home made mask. For those of you interested in making your own mask, try this YouTube video (click on the highlighted text) halfway to my destination, there was a young woman who seemed to be having an extremely hard time. She was frail and skinny looking and was dancing around, her hair and clothes a mess and a bunch of clothes and scraps laying on the sidewalk around her. My best guess was that she was going through withdrawal, but what real difference is there between addiction and poor mental health? I wished I could help her, but that would have meant taking so many risks. Instead, I walked around her knowing there was little I could do, and that at least with it being warm she wasn’t at risk of exposure. An hour or so later I came back to this area and I thought I saw a small child sitting on the sidewalk. It wasn’t a child, it was the dancing woman and now she was sitting and trying to stick a needle into her arm. It was extremely disturbing to watch. What a person has to understand is that whether or not someone chose to be there, they are deep into a state where all they can think about is their drug and getting more of it. They don’t care if they steal or harm someone, they don’t care if they have been told their needle use has gotten them infected with HIV or Hepatitis, they just need to shoot up. I hate that I have become jaded like this, but I have something in my life extremely important. I have a family that loves me and depends on me and if I were to stop and try and help everyone I see in this sort of state, I would soon be of no use to them. I may even be on drugs at some point myself. No one can really say they are immune to addictions. People who abuse alcohol often think they are a step above those who abuse illicit drugs but they are seeking the same high and may never be able to break free from their problem. Not to mention that for a significant section of the population, alcohol gives a pleasant high, a feeling of ease, of confidence and pleasure. One day an alcoholic may want to see what one step higher would be like, it happens every day all over the place. A person who feels confidant that they never did hard drugs and didn’t drink until they were 18 or 21 is just as much at risk of serious addiction as anyone.

Working a while back in the inner city, teaching addicts and disadvantaged people about poetry to better express themselves in a book we were creating, I learned there is a pattern: first, a person drinks some and does minor, soft drugs. They work say a labour job and one day they are injured. As they are healing, they are given opiates as painkillers. Then they take some time off and one day they will discover that buying drugs off the street is much less expensive than prescription drugs. Soon, a tolerance is reached and more drugs are needed. From there it can be all downhill. More drugs, less ability to manage their own life, loss of employment, savings, family support and on and on. It is a deathly evil trap.

What I really wanted to say with today’s blog is that I honestly feel that our society needs to look at drugs and those whose lives it destroys in new and more progressive ways. Is it right to allow a country to export huge amounts of poppies that can be made into opiates, opium, heroin and more. Is it really Christian (or Muslim) to look down at these people and not do anything to help them manage their lives or get off drugs and alcohol. I have been a strong speaker against the stigma that surrounds mental illness. I don’t like people getting labels that put them into a box. But we are doing this with addictions all the time. And the plain fact is that addictions are a mental illness just like bipolar or schizophrenia. What we have to try and understand as well is that often people fall into a deep hole of drugs, pills, and booze because they have a serious mental illness of the more traditional type and they don’t know any way of dealing with it other than to mask the pain by doing what is called ‘self-medicating.’

The last and most unfortunate part of mental illness and addiction is something I even have a very hard time talking about. Things like child abuse, childhood sexual abuse, trauma, and sometimes all these things rolled into one can often cause a person to be mentally ill and even more often cause them to have addictions. Alcohol has a unique ability to stop REM sleep which means if you drink enough you don’t get nightmares. PTSD is something that a lot of people have, from any part of their lives. I know a lot of firemen and police officers, and I am sure ER nurses and paramedics have a tendency to develop Post-Traumatic Stress Disorder. I don’t know the statistics for Canada, but in the US for sure a lot of retired cops eventually commit suicide due to a breakdown of their mental condition. Countless others become alcoholics and alcohol abusers.

As a short added point, it is important to understand that things like cannabis are not harmless drugs. In Canada, cannibis use and cultivation is legal, but the truth is that if a person starts using it before their brains are fully matured (around 25) they tend to give themselves a 40% higher chance of developing a mental illness that includes psychosis. Psychosis is pretty scary. You see things that aren’t there, hear things that haven’t been said, get grandiose or disturbing thoughts, and before you know it your whole life has fallen apart. I hate to end on a sad note, but it really affected me talking with this friend today. Anyone out there who has some praying they want to get done, his name is Damien and he could use some divine and local intervention to save his life.